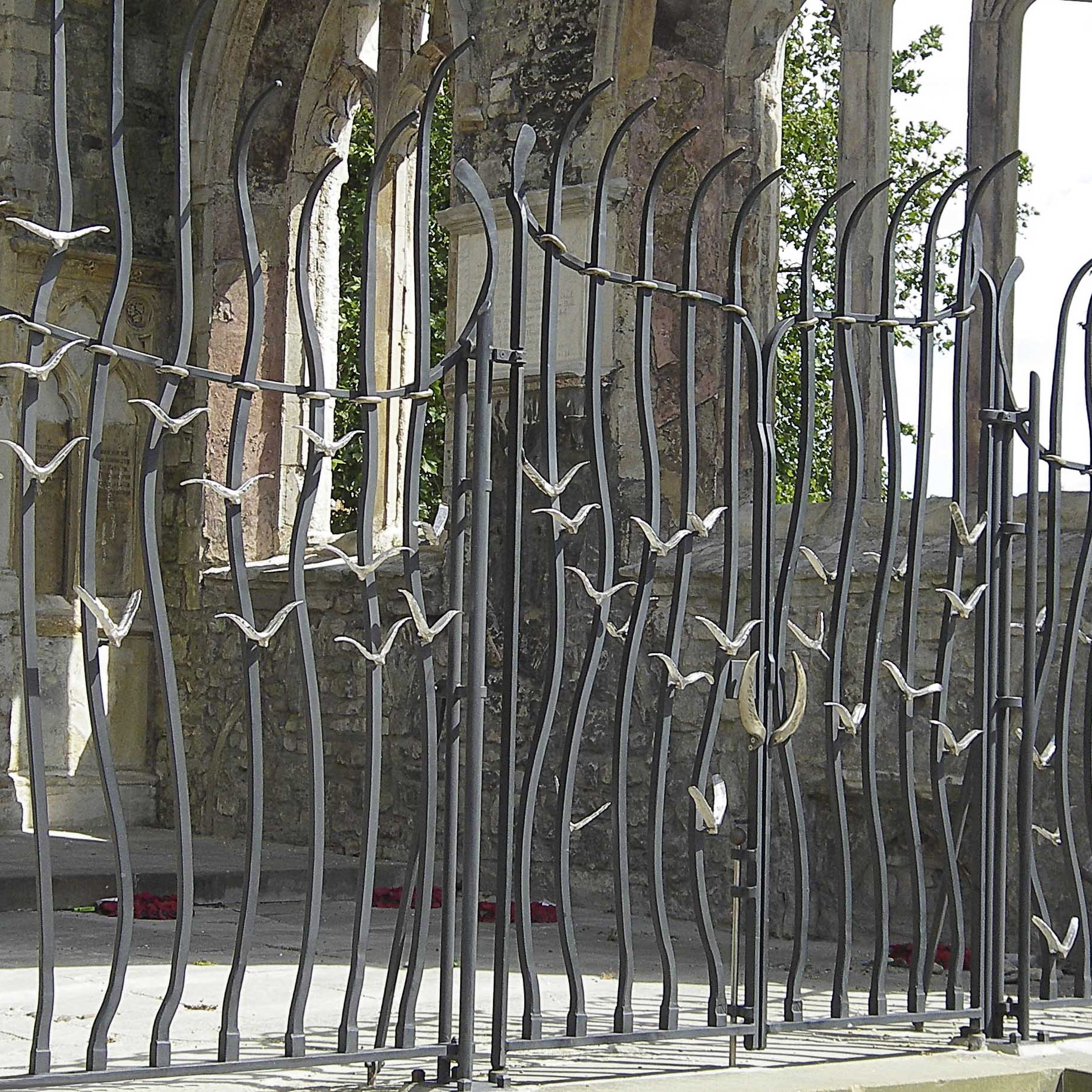 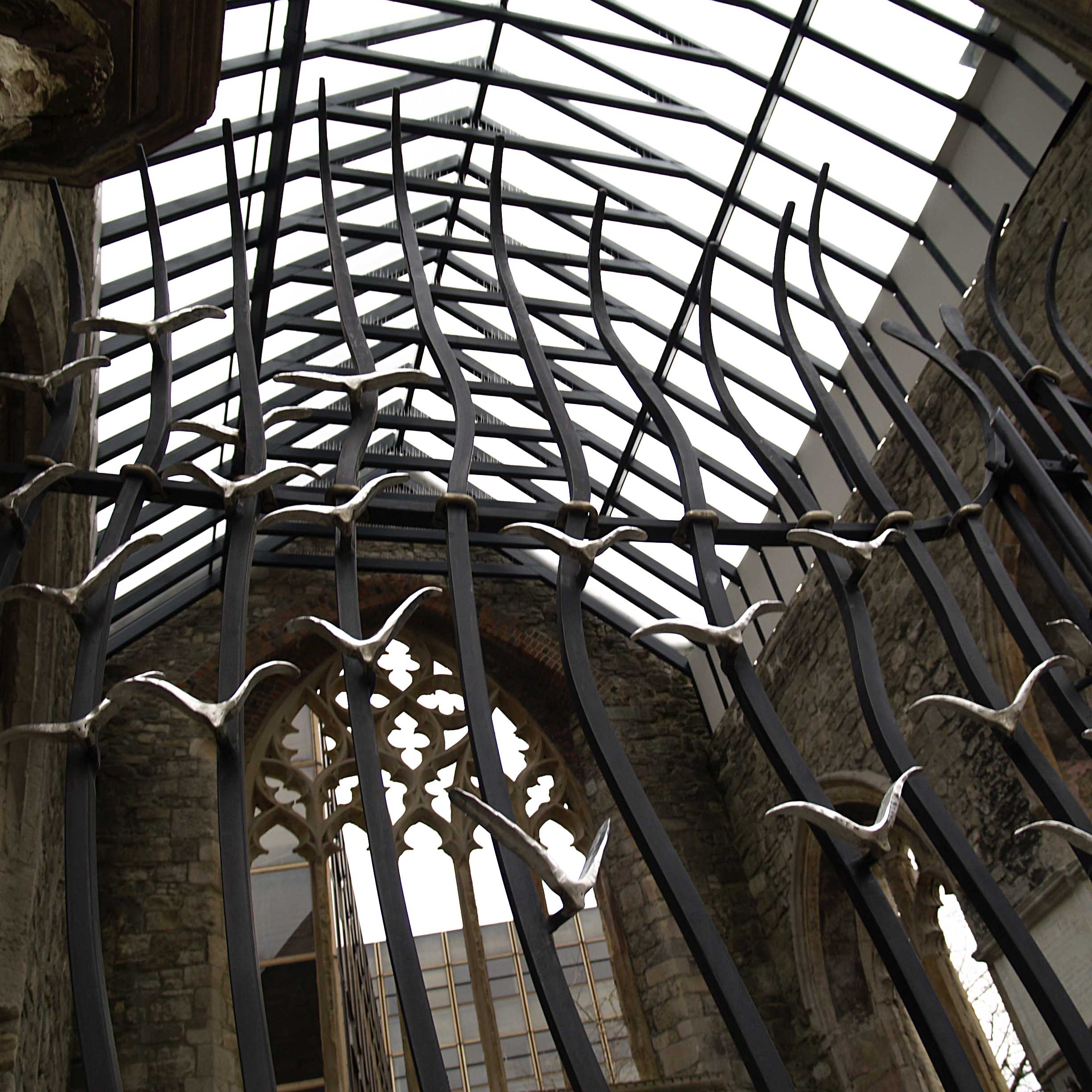 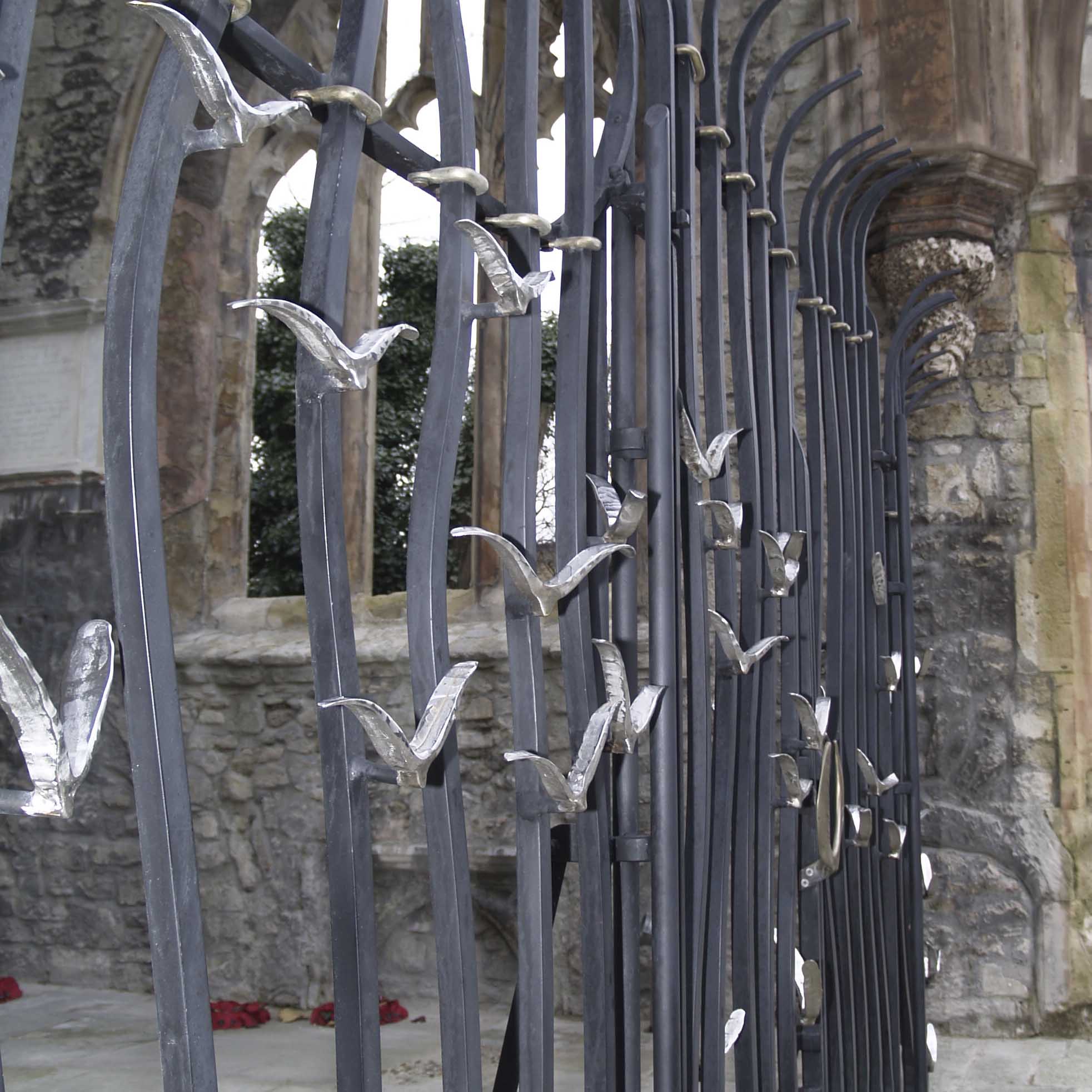 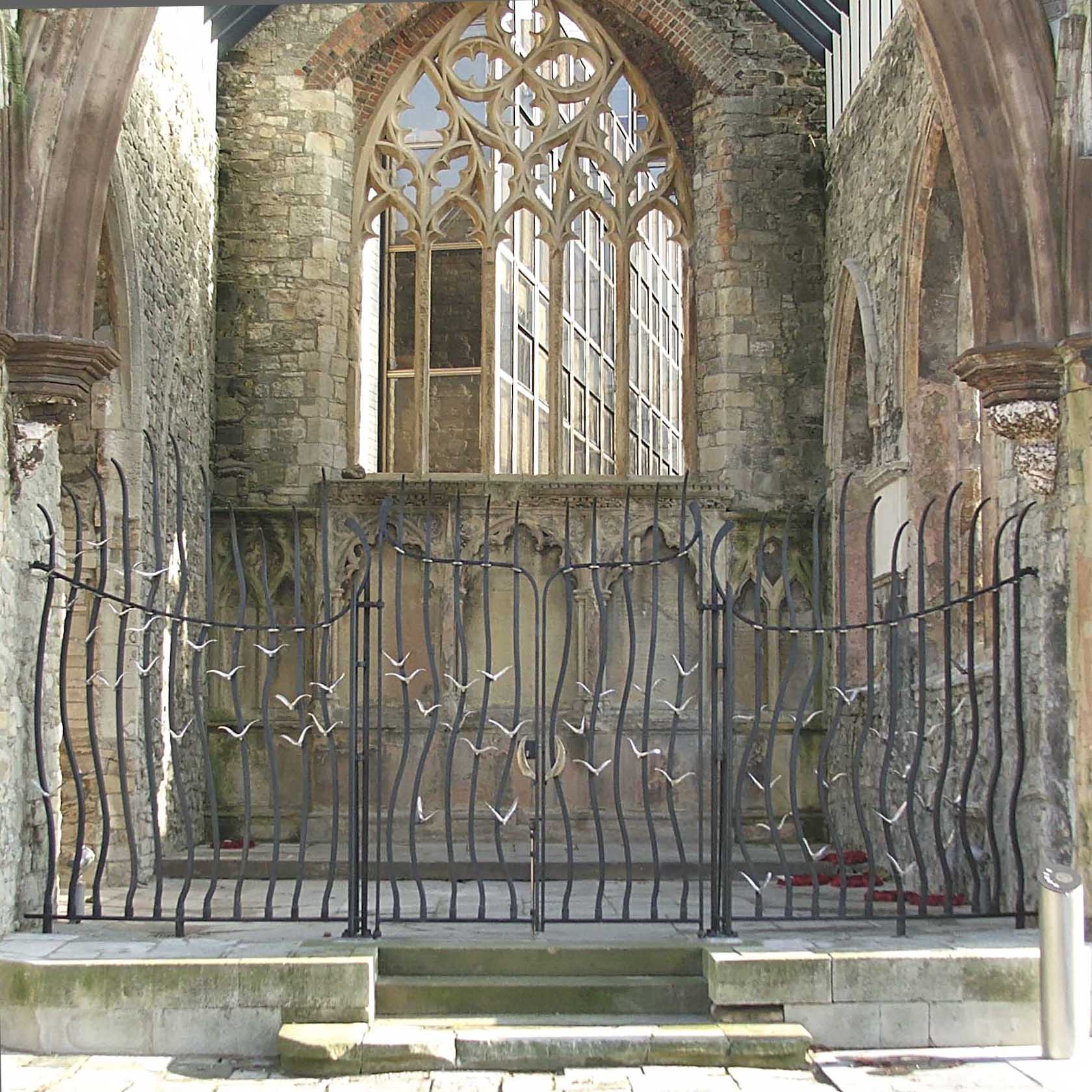 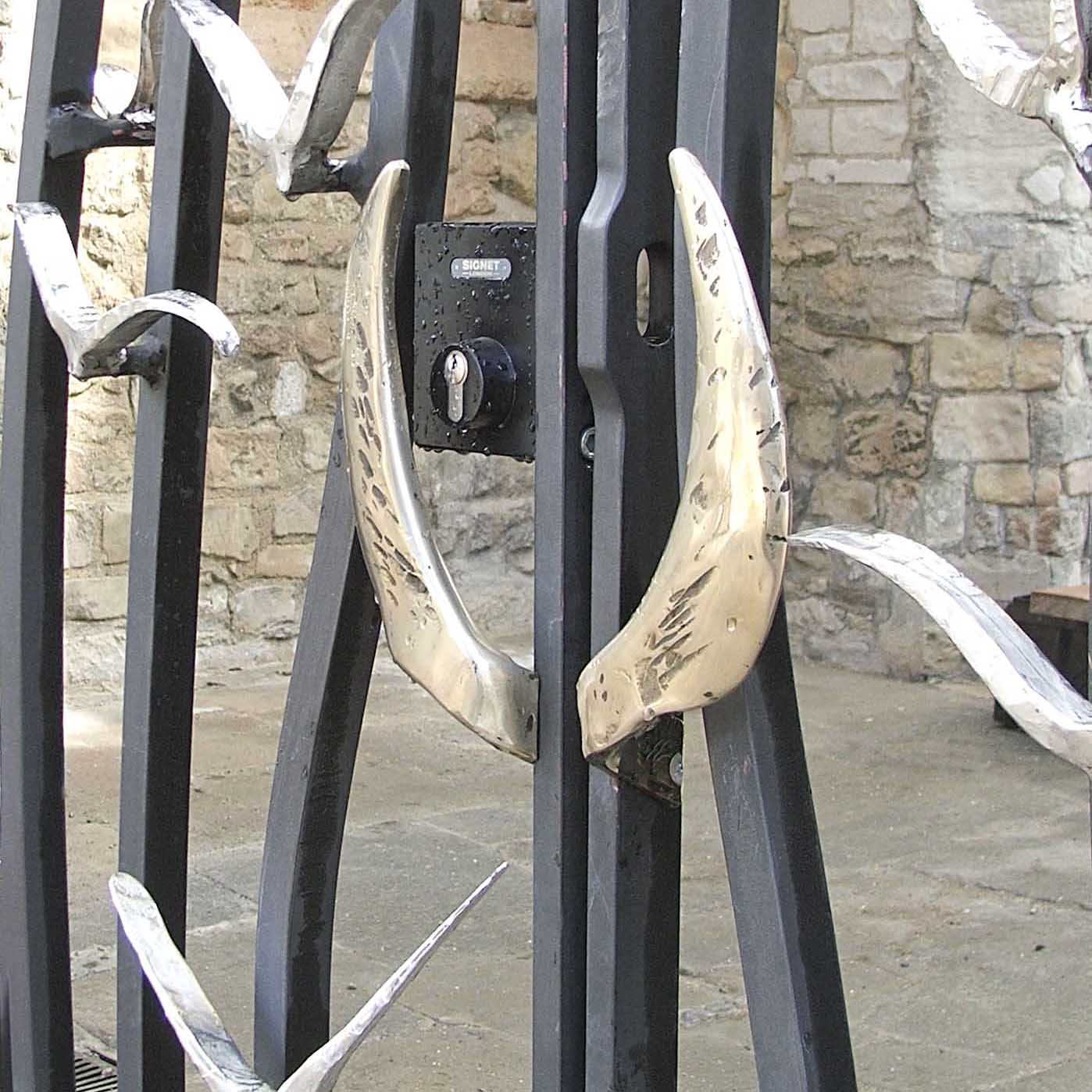 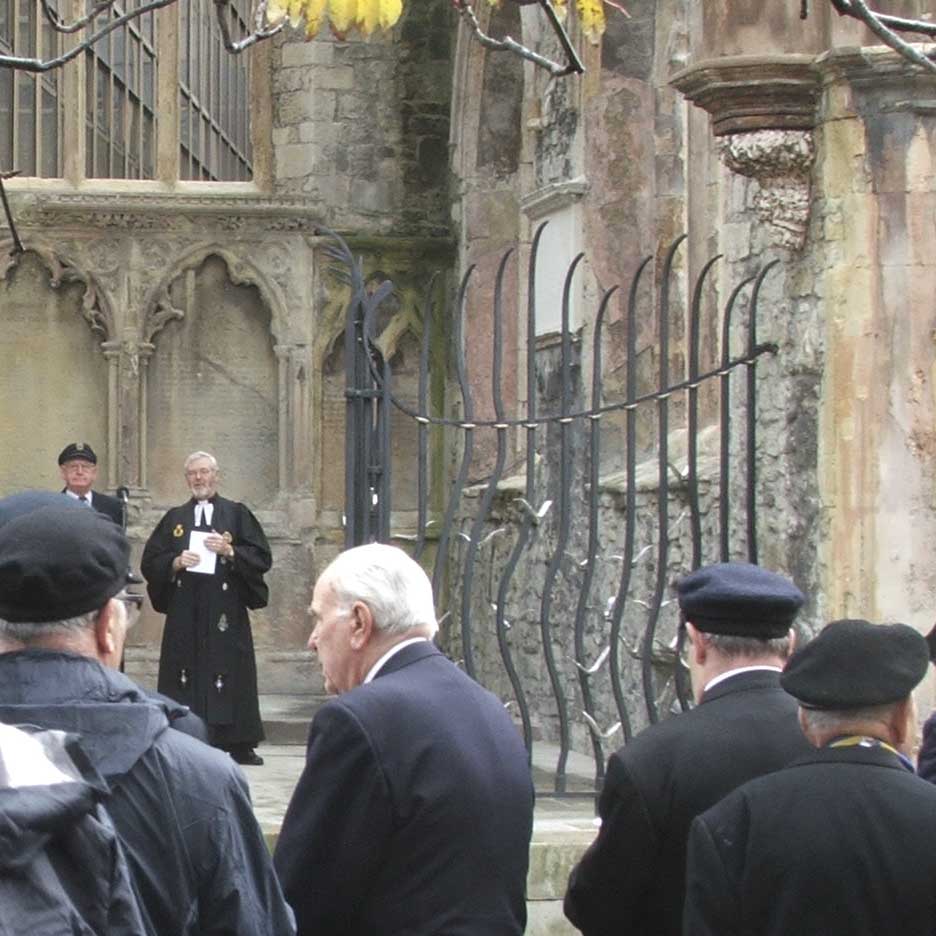 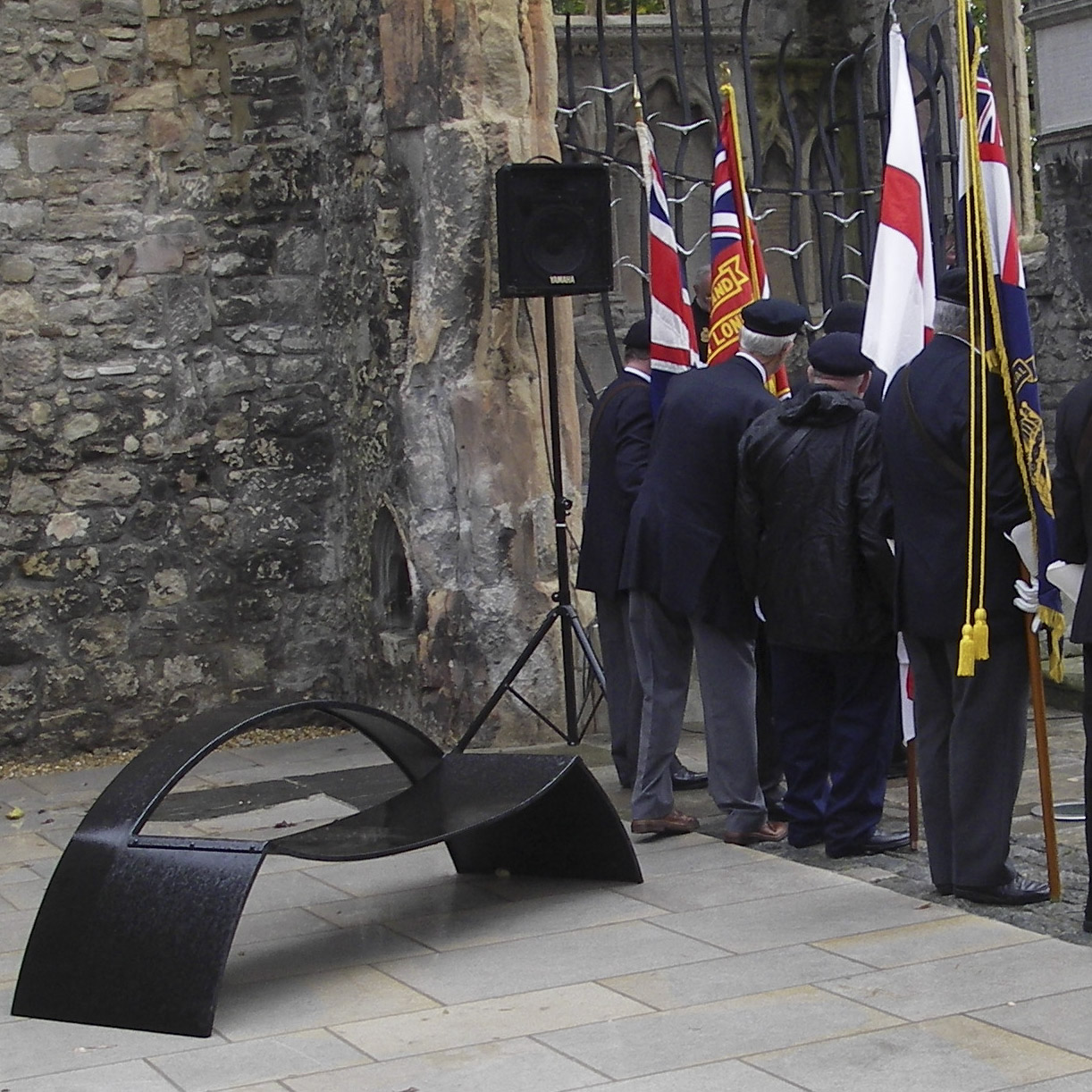 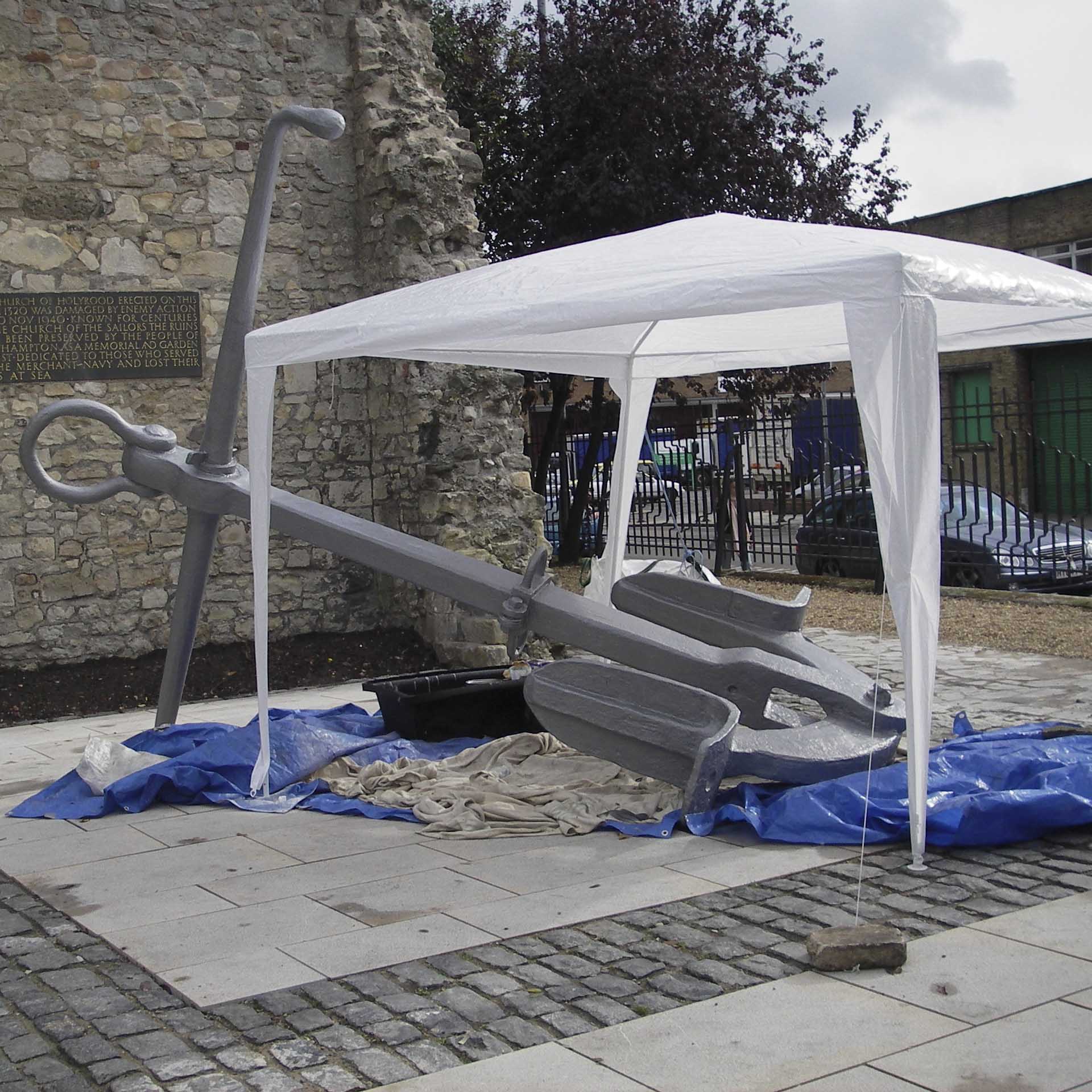 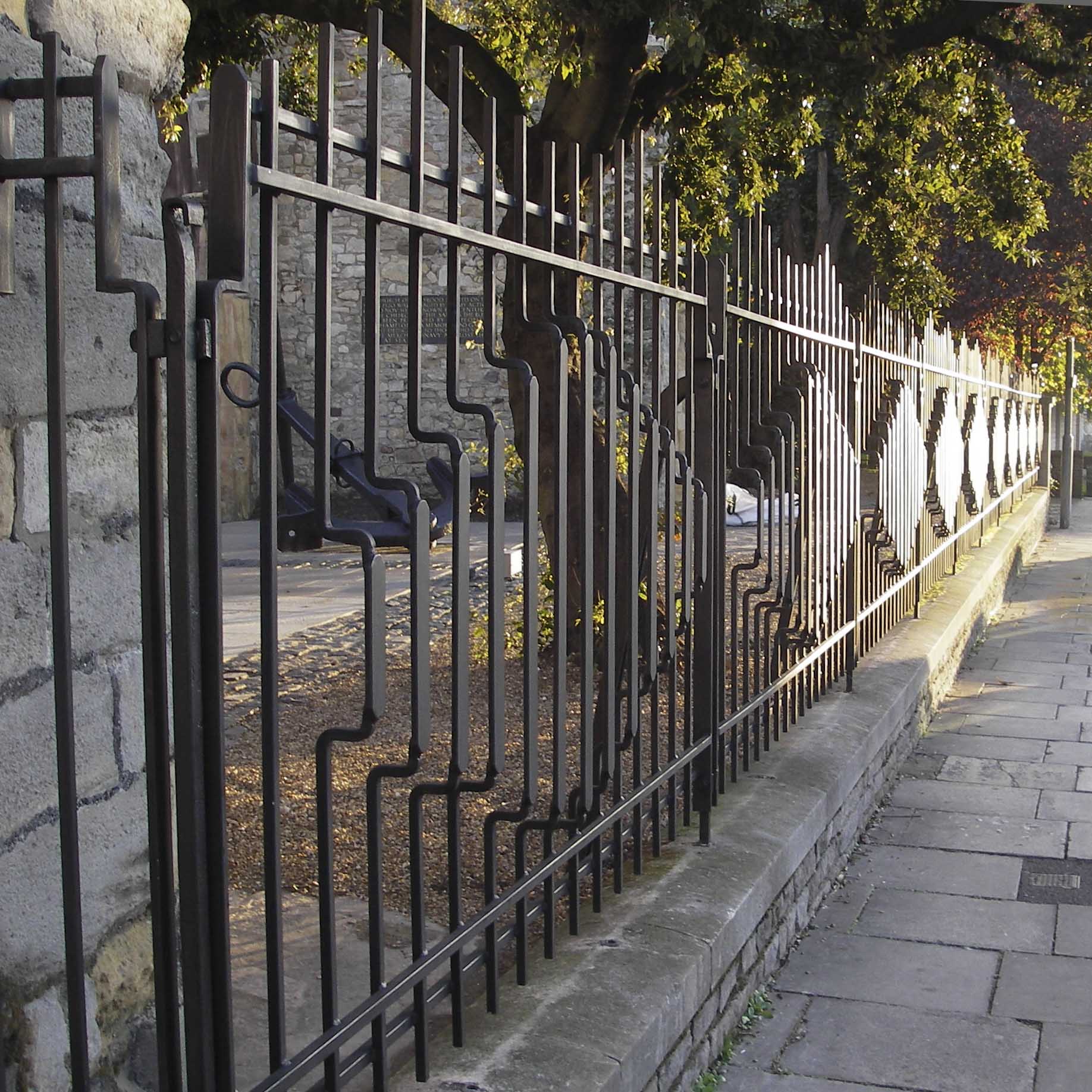 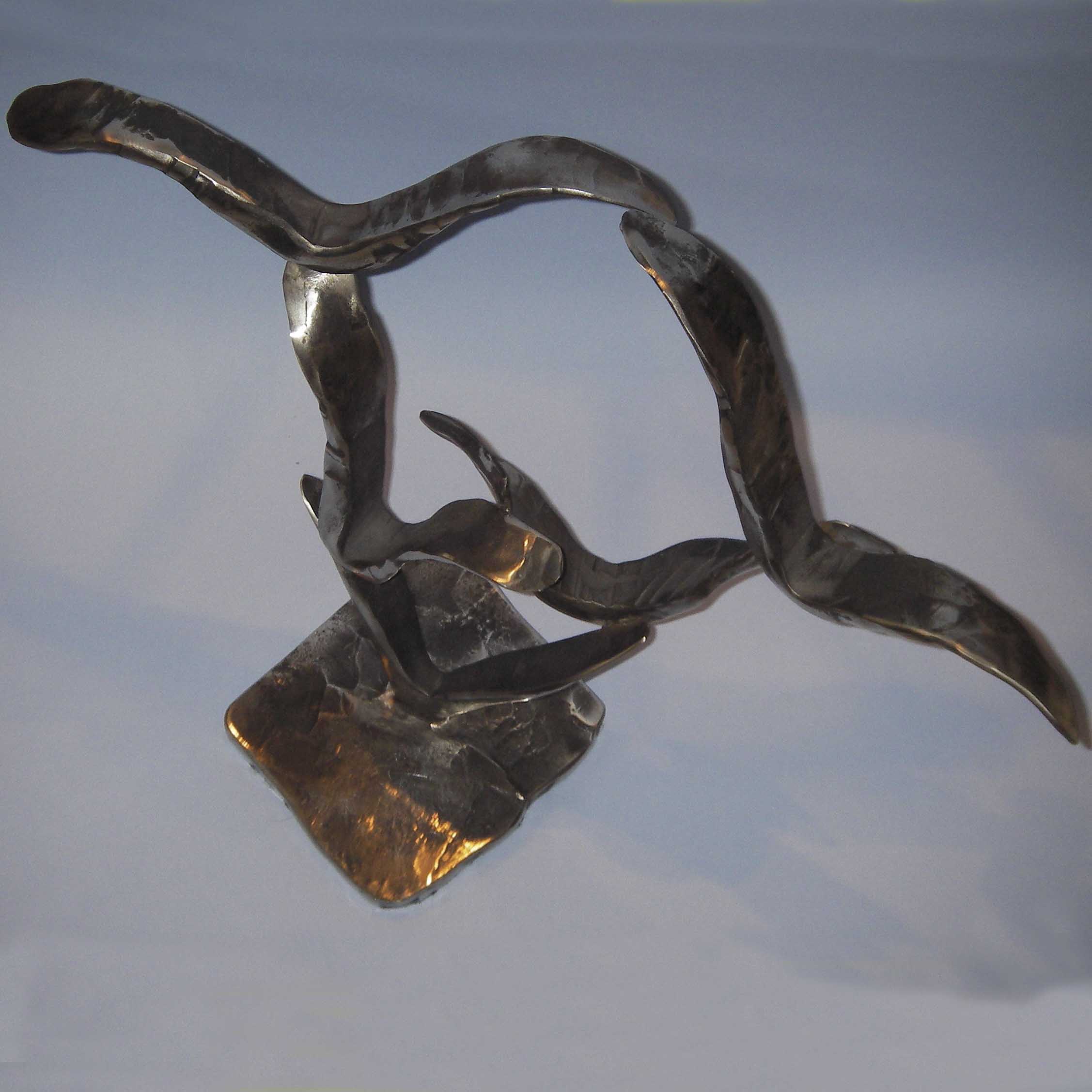 The Mariners’ Memorial at Holyrood Church

Known as The Sailors’ Church, medieval Holyrood Church was extensively bomb damaged in 1940.
The ruins are now a memorial to the men and women of the Merchant Navy.

Charles Normandale and his team won 3 commissions from the Arts & Heritage Department of Southampton City Council and the Maritime Board to create:
1) Chancel screen with prow shaped integral gates in mild steel and bronze.
Stainless steel seagulls fly through the wave-like bars, representing the souls of mariners.
2) Screens around the relocated and refurbished Titanic Memorial
3) New railing to secure the site

In addition the team refurbished existing metalwork, the Napoleonic anchor
and entrance logo.
Charles donated a seat called Perch to the project, in memory of a family
member, pilot Captain A D Howe.