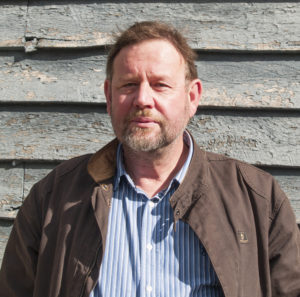 The career path of Charles Normandale began in 1970 when he embarked upon a six year apprenticeship under the watchful eye and careful guidance of German trained Master Blacksmith Rowland Ross. He progressed to become head smith for a large commercial firm with responsibility for design, line development and production.

The influence of his training appears again and again in the works produced from 1983 to the present day. His own contemporary translation of the Bauhaus philosophy of truth to materials, form and function and use of strong clean lines is both innovative and unique. He has a discerning awareness of the aesthetic potential of metals, metal surfaces and reflection used alone or in combination with wood, glass, stone or light. This has resulted in ground breaking clearly defined responses to identity, form and surface quality and is demonstrated in an extensive range of commissioned works and awards in the private, public and ecclesiastical sectors of national and international bodies. These have received wide coverage in the media, on television and in hardback publications.

Skilled handling and understanding of traditional blacksmith techniques, strong engineering ability and a sculptural approach towards design have moved the company forward successfully keeping in tune with the demands and rigours of the 21st century.

In 2005 recognising the growing demand for large scale, site related, public art pieces Charles introduced Julie Brooks Hill. These two professional artists and designers now form a creative working partnership that brings a powerful combination of artistry, skill and knowledge to the field. William Normandale has been apprenticed to Charles under the auspice of the Worshipful Company of Blacksmiths. These moves will ensure that the Forge will continue to develop and move forwards both professionally and creatively.